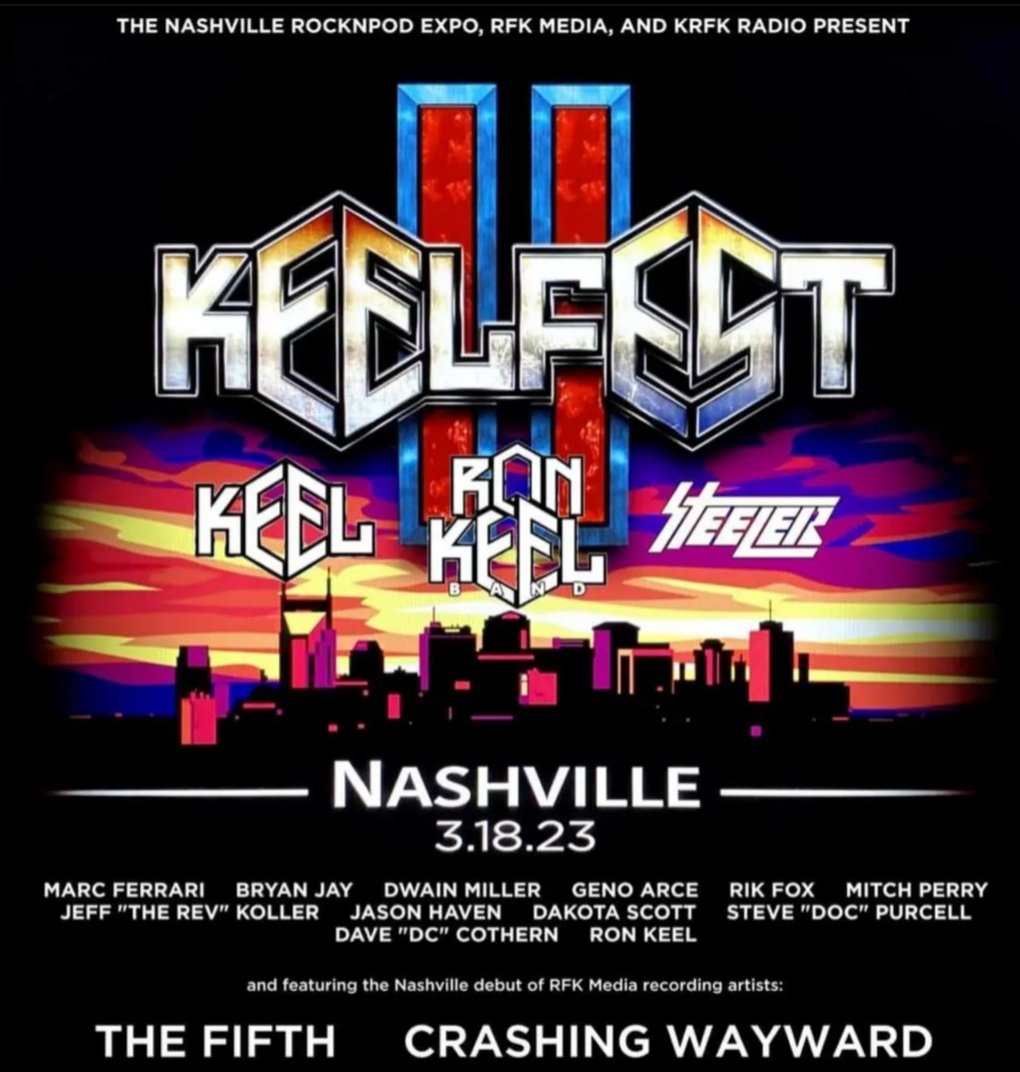 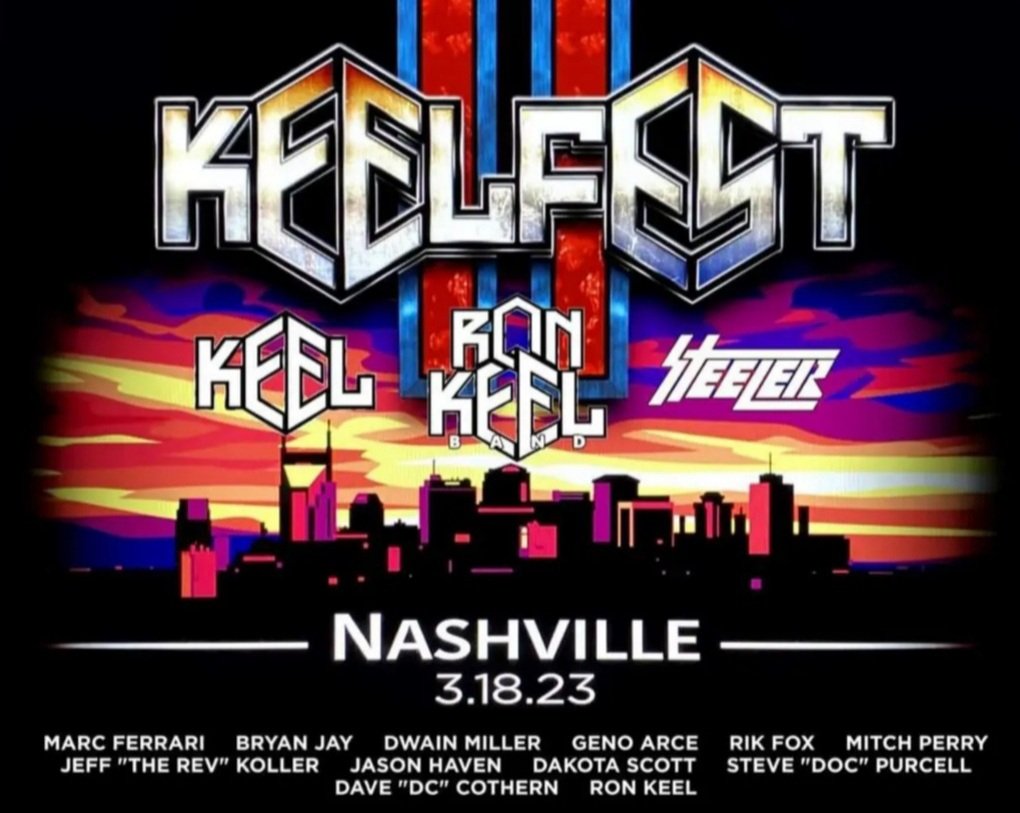 I am looking forward to playing KEELFEST 2 with the Ron Keel Band in Nashville, Tn. Saturday March 18th.

This will be an epic & rock music history making event!

there will be at least five bands performing.

Get your tickets & more info at: http://keelfest.com

The common thread on this bill is of course frontman Ron Keel, who created the concept to celebrate 40 years of music with the fans and friends who made it all possible. The first KEELFEST took place in Columbus in 2019, with the intention of establishing it as an annual event, but the pandemic made that impossible – until now.

“KEELFEST is a way to get my entire musical family under one roof, onto one stage, give the fans some special music and moments, while giving myself the ultimate challenge as a frontman and vocalist,” Keel explains. At the 2019 KEELFEST, Ron plowed through nearly 40 songs with RKB, Steeler and KEEL for well over three hours without any break in the action.

KEELFEST 2 is presented by RFK Media, the 2023 ROCKNPOD Expo, and KRFK Radio. ROCKNPOD is Nashville’s ultimate annual rock n roll convention, which brings together fans, artists, podcasters, radio broadcasters, vendors, and other members of the music community for a weekend celebrating rock n roll. Tickets can be found on the web sites http://rocknpod.com and http://keelfest.com – there is a Combo Ticket discount available to attend both the convention and the concert. All Access members at http://patreon.com/ronkeel can receive an additional discount on their admission.

Since announcing their reunion in 2008, classic 80’s band KEEL (Ron, Marc Ferrari, Bryan Jay, Dwain Miller, Geno Arce) has performed on multiple Monsters of Rock Cruise events, twice at M3 Rock Festival, the Frontiers Festival in Milan, Italy and other festivals across Europe and the USA.

Ron’s primary musical vehicle for the past eight years has been Ron Keel Band, who scored a Top 40 hit in 2022 with their latest single, “When This Is Over” (https://youtu.be/i4BiVe5qGD0). In addition to headlining fairs, festivals, and major biker events (including an annual residency at the Full Throttle Saloon during the Sturgis Rally), RKB has toured with/opened for Tesla, Night Ranger, Cinderella’s Tom Keifer, Winger, Molly Hatchet, Jackyl and others.

KEELFEST would not be complete without celebrating the 40th anniversary of the historic Steeler album. Nashville was the birthplace of this iconic American metal band in 1981, and bassist Rik Fox and Ron Keel will be joined again on stage by guitarist Mitch Perry (who replaced Yngwie Malmsteen in the band in 1983) and drummer Dwain Miller. The set will feature classics from that acclaimed 1983 album as well as the live premiere of the new Steeler single, “Give Me Guitars (Or Give Me Death).”

The March 18th show will also serve as the Nashville debut for two rising rock bands signed to Ron Keel’s RFK Media label. THE FIFTH and Las Vegas-based Crashing Wayward (which includes former L.A. Guns guitarist Stacey David Blades) will both have new albums coming out on RFK Media next year, as well as songs on the RFK compilation album “Live The Rock” releasing in conjunction with KEELFEST 2.

“These bands are both major national acts waiting to happen,” Ron says, “and KEELFEST is a great opportunity to showcase them to the fans and music industry. They’ll be tough acts for me to follow, but I’ll be ready to give it all I’ve got.” 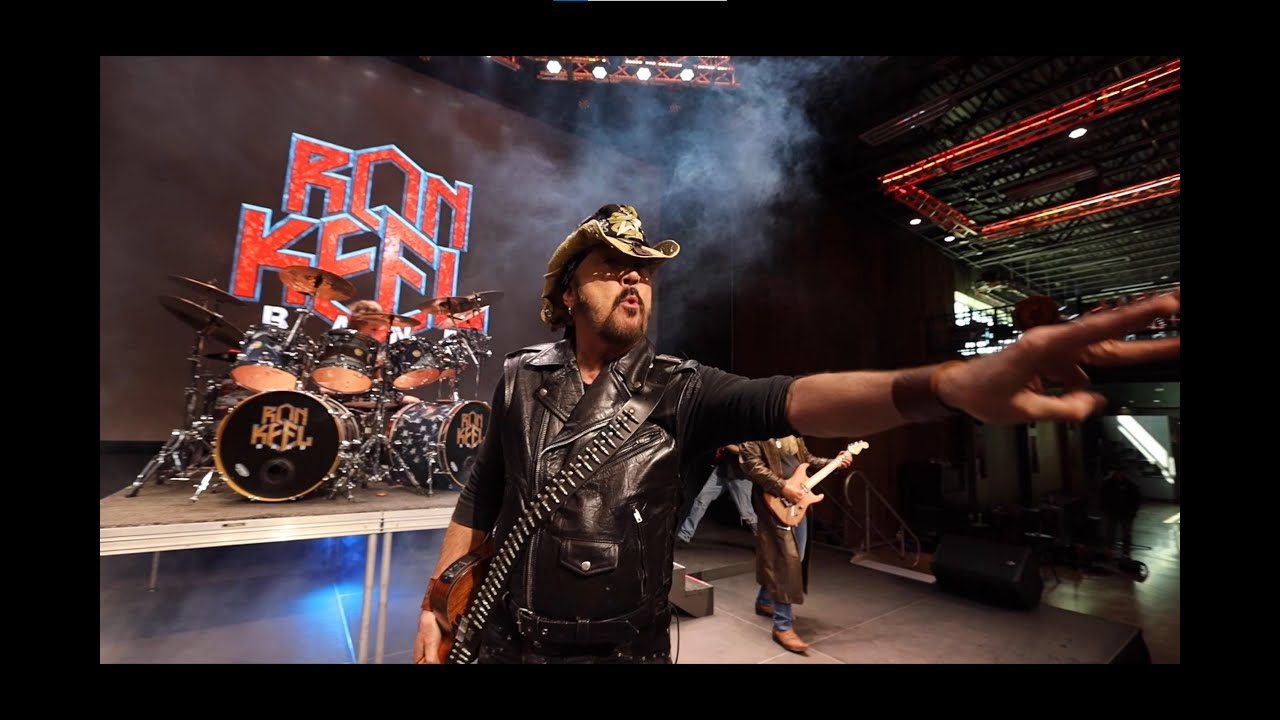 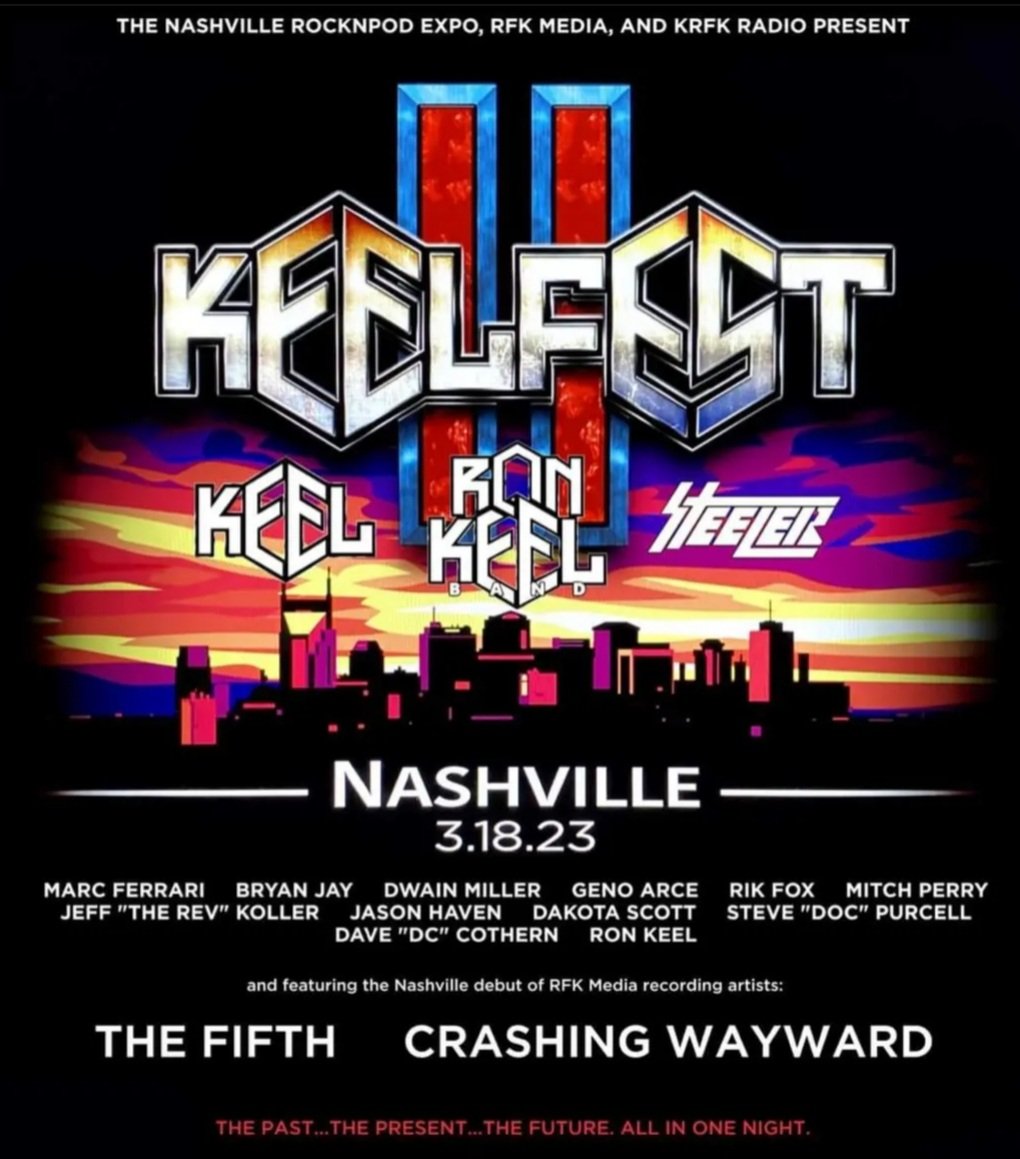